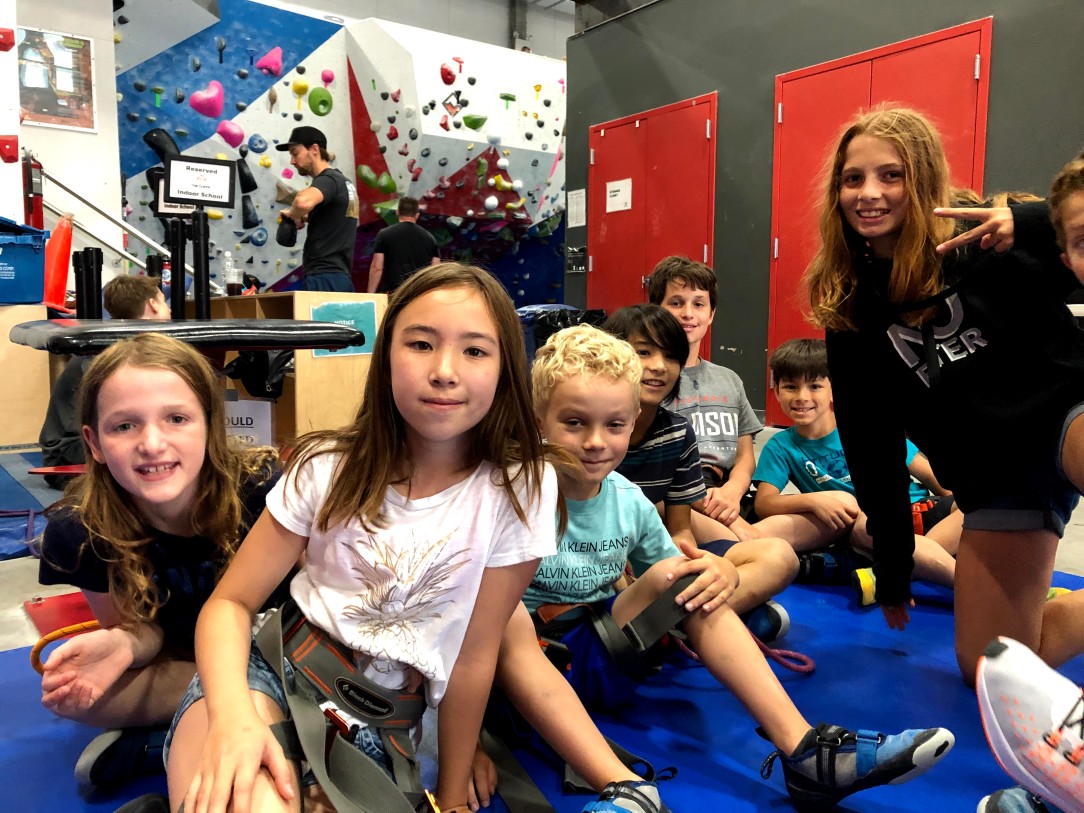 My “job” this summer.

In January of 2019, I was consumed by planning.

I had trepidations about leaving not just my job, but my career as an engineer.  I was soon to move to New York City.  I was anxiously awaiting the start of an almost 2-month adventure on the PCT (Pacific Crest Trail) through SoCal.  And, I had only vague plans for how I’d make a living following my time wandering through the desert on the other side of the country.

Luckily, I had already been making friends in NYC through my girlfriend, Emily.  One of those was her boss at the time.  This person ran the youth programs at a climbing gym in NYC.

Lucky for me, she had to be planning ahead, too.  She suggested that I interview for the rock climbing gym’s Summer Camp Coordinator position.  I wasn’t all too excited about giving up my summer, but I decided that it would be good to have some guaranteed, full-time income when I knew I would be needing it.

This offer came at a time of immense change in my life.  It wasn’t exactly what I was hoping to be heading towards career-wise.  I wanted to be guiding adventures outdoors!  But, it did relate, in that I would be teaching climbing skills in a setting where I might be able to inspire people to chase a life outdoors.  And, not just any people, children who have their whole lives ahead of them.

As my adventures out west came to an end, and the beginning of July neared, I committed myself fully to preparing for summer camp.

These kids did everything but disappoint.  The campers were aged 6-15.  I spent 6+ hours a day with them, 5 days a week.  There were eight, week-long sessions.  And, I was responsible for making sure it all ran smoothly.

The camp took place at The Cliffs at LIC – a commercial climbing and fitness gym that opened in 2013 in Long Island City, Queens, NY.  Most kids only joined us for one week, but many others attended for up to 4 weeks each.

The schedule was as follows:

Monday morning was for learning the ropes.  I went over the facility tour and ground rules. I helped the kids into their harnesses.  I taught them how to use the harness and what climbing shoes are for.  I described how top-rope climbing works.  I taught them how to tie their “Figure 8” and “Figure 8 follow-through” knots.  I explained the meaning of belaying and the importance of holding onto the brake rope.  I showed them how to do it for themselves.  And then, I made them practice as much as possible up till lunchtime, at which point we’d head to the park for lunch. 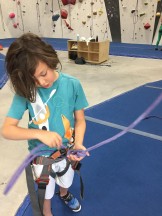 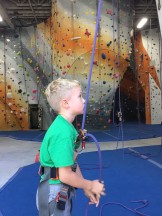 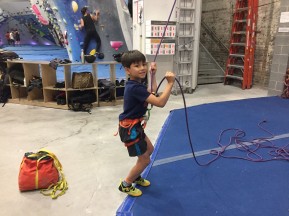 Monday afternoon always involved lots of free-climbing to cement the skills learned in the morning.  We’d also introduce other activities like slacklining, tight-rope walking, crate stacking, and a plethora of other climbing and non-climbing games. 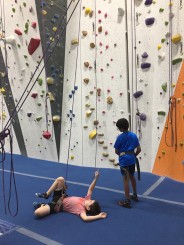 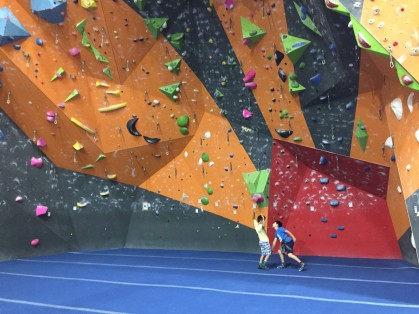 On Tuesday morning, we took the older kids to the Circus Warehouse for some high-flying trapeze!  The instructors there were fantastic week in and week out as they taught bar mounts, dismounts, and various other techniques in an activity most think is reserved for the circus. 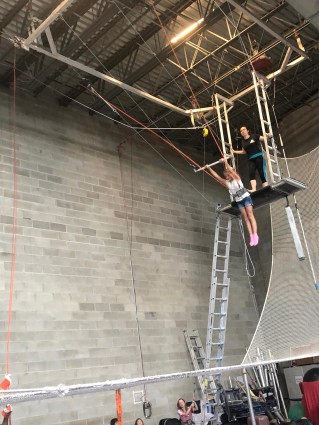 Wednesdays were for DUMBO.  The Cliffs has an open-air bouldering facility located under the Manhattan Bridge in the Brooklyn Bridge Park.  About half the group joined me each week to walk to Hunters Point Park where we boarded a ferry.  The ferry carried us down the East River under the Williamsburg Bridge, the Manhattan Bridge, and the Brooklyn Bridge to Brooklyn Bridge Park.  We disembarked and headed back along the water to The Cliffs at DUMBO for a day of bouldering with a change of scenery.  We’d eat lunch at the beach.  When the kiddos tired, we’d head back the way we came. 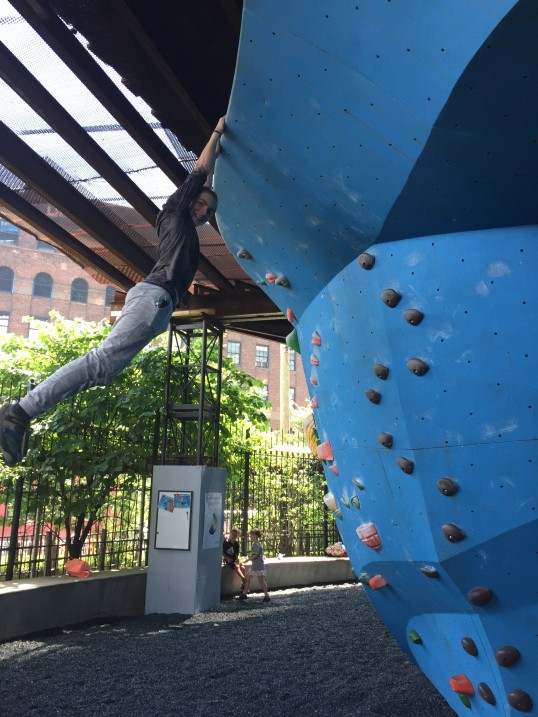 Thursday morning was the time for the athletes to shine.  We met up with a couple of parkour teachers with the Movement Creative at Gantry Park.  The kids couldn’t get enough of precision jumping, wall-running, vaulting, bench climbing, and numerous other activities.  With a focus on movement skills and efficiency, parkour was the perfect complement to a week of climbing. 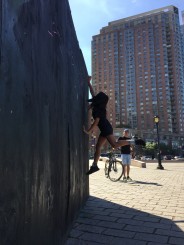 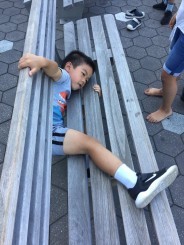 Come Friday, each and every one of them knew exactly what they wanted to do all day.  Whether that be rope climb or boulder.  Slack-line or stack crates.  Even play mafia and 20 questions.  Fridays were also reserved for a pizza party and a game or two of ‘Mission Impossible’ – you’re stranded on another planet, the floor is lava, you need to collect a variety of clues and space-ship parts in order to successfully escape. 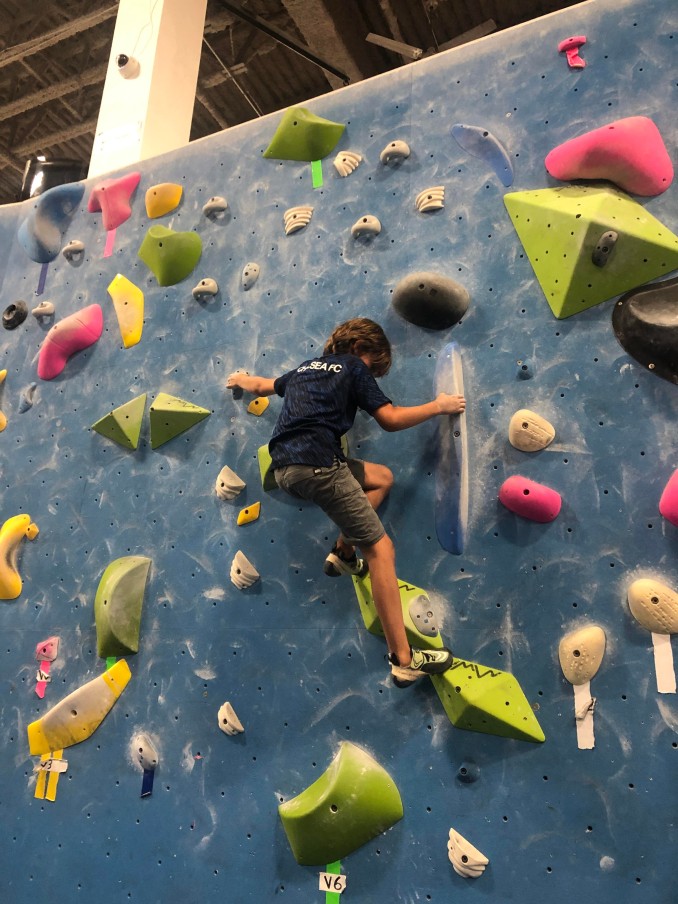 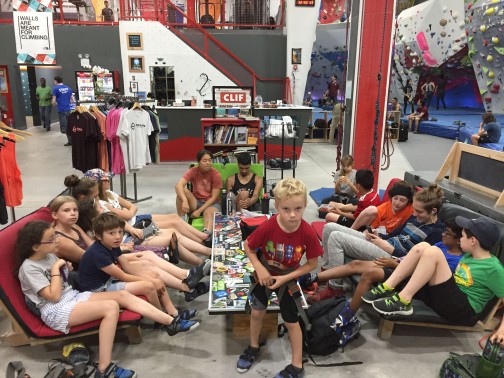 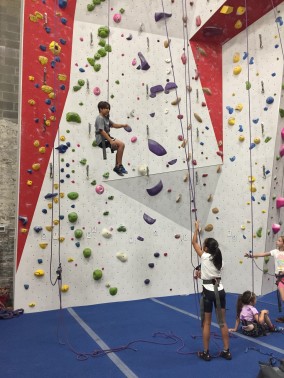 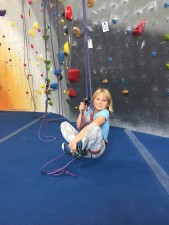 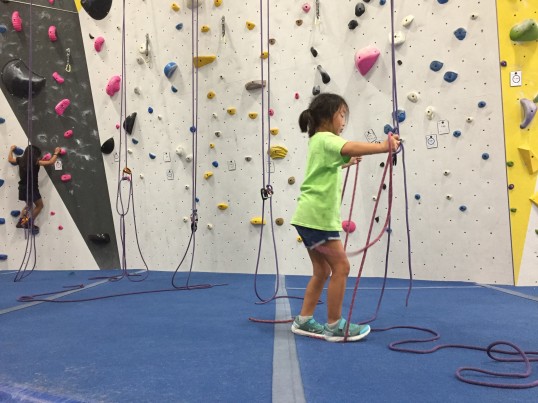 I met some incredible children.  I encountered a variety of talents, beautiful minds, and endless curiosity.  I was lucky enough to work with kids at varying stages of mental, emotional, and physical development.  I engaged with kids who acted like they were anywhere from 3 to older than me! 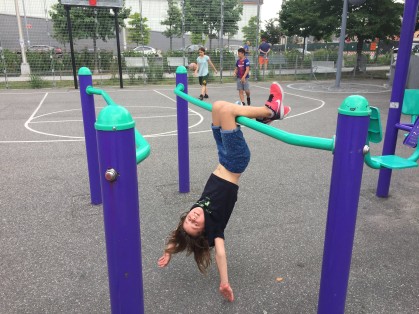 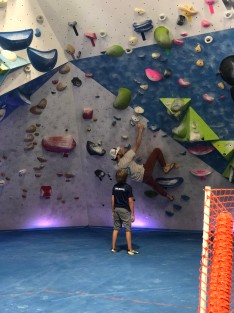 And we ALWAYS spent as much time at the park as possible.  Kids don’t really understand what it means to have tired forearms.  So, they’ll climb, climb, climb, and keep climbing until all of a sudden, they can’t anymore.  That’s where the park comes in.

I learned a new vocabulary.  Upstate.  Sleep-away camp.  Via.  PS#.  Turns out you even need a resume to apply to high schools in NYC!

My trepidation for this unique role was not for naught.  Managing people is definitely not one of my strengths.  I had not done much teaching prior to this gig, especially in a group scenario.  Spending all day every day with kids can be quite exhausting.  And new ones every week! 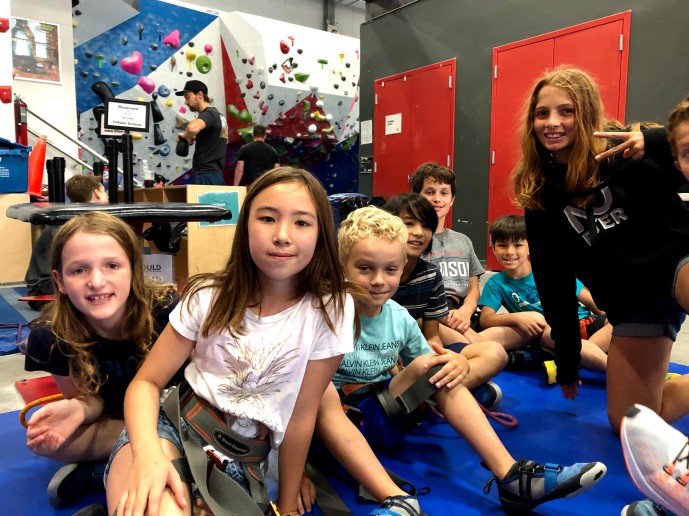 But, boy was it rewarding.  I had kids telling me that this was SOO much better than their other summer camps.  I had parents coming in desperate to learn more about what other programs The Cliffs has to offer.

I got to take on a powerful influencing role in the lives of these kids, and, in exchange,  they shared their passion for life with me.  And, such an incredible thing that is. 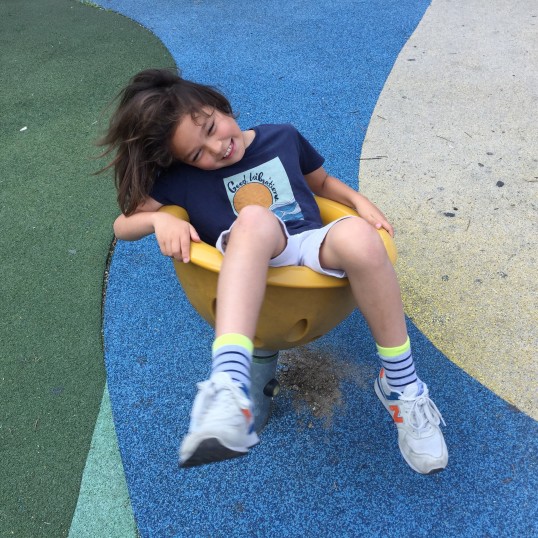 I want to inspire people to be curious and have a zest for life! Let me know what speaks to you.. and why! View all posts by Justin Carter

I'll be (virtually) hosting a class on knots in the outdoors! Join me Wednesday at 2 PM. Share if you think people who follow you might be interested!! Go to www.discoveroutdoors.com for more details.
When getting in over my head while trying something new is the goal.. Thanks for the beta @mountainskillz.
Poetry from almost 700 years ago. Thanks @jdefloris!
·
Exploring the (adiron)daks. Sometimes climbing looks great, until you have to dive back into the rock.
Can you spot the toad? Climbing at the gunks with @nafiunawal ▪️ #climbing #gunks #highexposure #rockclimbingfun
Loading Comments...
%d bloggers like this: